There was a little girl

Who had a little curl
Right in the middle of her forehead
When she was good
She was very, very good
And when she was bad, she was horrid

The above nursery rhyme, from what was initially a poem, by Henry Wadsworth Longfellow, feels similar to an eating disorder for me.

If you’re ‘good,’ you’re amazing. If you’re thin, skinny, starving or purging or over-exercising, you’re fabulous. If you’re horrid, or bad, it’s because you’re eating, thinking about eating anything, even drinking just water.

This is what I hear from my clients – I learn so much  from their experiences and what they live when they are entrenched with their ED. This is why in every initial session with a client I suggest we don’t use these words around food or our bodies – good, bad, sorry, should, can’t, healthy, clean and diet(ing).

I have a vivid memory of stepping on the scale in front of my mother when I was young. This is when I was about 14 years old and as a skinny, teenager weighed exactly 100 pounds. I remember standing on the scale, in my parent’s bedroom, in the morning before school.

My mom weighed herself every day. At least this is what I remember. She looked at me that morning – she was still lying in bed – and asked me my weight. When I told her ‘100 pounds,’ her response was, ‘You should always try to stay under 100 pounds, Robyn. Men like thin women.’

At the age of 14 I was not interested in men. Boys, yes, but even so not very much at that time. I was planning to study abroad and was heavily involved with my friends, school, church, and family. That comment stuck with me though. 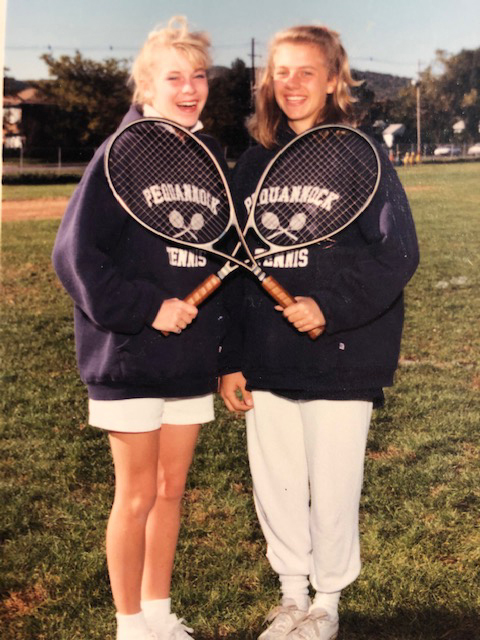 This is a photo of me and my best friend from growing up. We were getting our fall sports team photos done with the rest of the school on this particular day. It was at this age, 14, that I became increasingly body conscious and constantly worried about getting fat. This little girl, with a curling iron curl and a lot of hair spray to keep it stay in all day, was worried about not being good. She was worried she might be horrid if she became fat, ate food(s) with any fat at all, and weighed over 100 lbs.

Everywhere it seemed the adult women in my life at the time were infatuated with their weight. I remember my mom saying things like ‘I shouldn’t eat this I should just tape it to my thighs.’ So many comments about weight gained in three pregnancies and never lost. Then there was ‘I’m just going to eat what Robyn eats because she’s skinny.’ Grown (any age) women trying to look like they are young adolescents is an unwise idea.

When you’re young, these comments stick with you. In fact, there is research to suggest that even infants are learning their parents’ body language and attitudes toward food at this very young age. Other research suggests this all begins in utero.

Hearing, listening, wondering, observing, and even learning (not positively) these thoughts and behaviors around food, weight, and bodies was definitely what drew me to my career. Even as a young teen I knew there absolutely had to be a better way to feel about your body. To think and relate to food. What did the scale matter anyway? But it did. For a long while.

It was not until I got to college and taking advanced nutrition classes that I really began to understand how to position my own nutrition choices and body image around facts. Around science.

I decided the infatuation around food and weight and negative body image was not going to be my life. But it took years and hard work. On my own and with some amazingly talented therapists. Others around me struggled with eating disorders or disordered eating. A college friend passed away, losing her battle with her eating disorder, shortly after graduation.

We do our best as parents. Every single day – even every single hour or minute for that matter. But there are parts of us based on our past and present environments – and our genes play a role, too. Eating disorders are genetically related and more about intergenerational trauma is available now than even five years ago. Science is impassable in this regard. I don’t think my mom knew her comments or thoughts about herself and her relationships with food, her body, and her weight were sitting in my heart. In fact, I know she didn’t. It took a lot of undoing though. I think I am lucky. 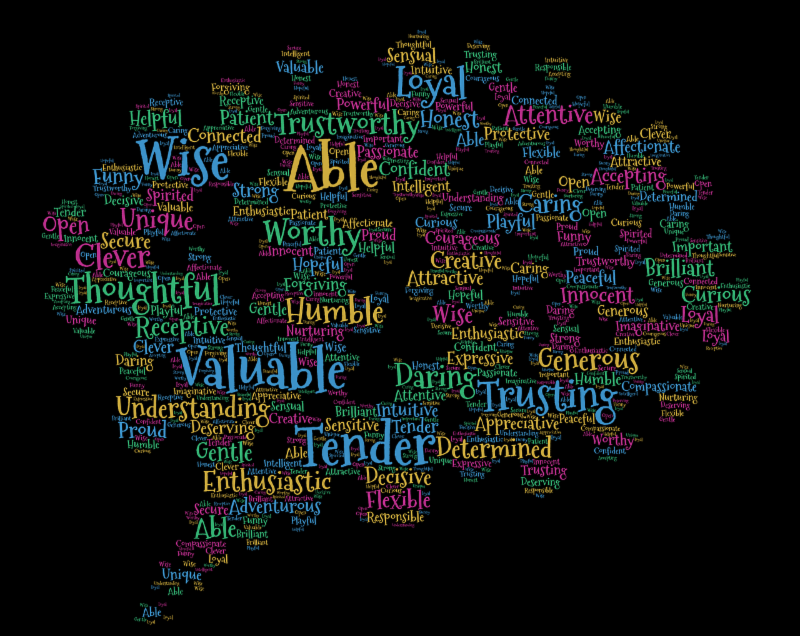 Society and the media have become more accepting of bodies that come in different shapes and sizes. But we still have a long way to go.
When every day can seem harder or every meal can seem like a mountain to climb, don’t give up. Don’t let that boy, girl, friend, mom, dad, sister, brother, parent, or anyone else give up either. There IS way more than the scale, your belly fat (real or perceived?), a ‘thigh gap’, and fitting into a smaller size.

Eating and food can be enjoyable – fun, even. A certain weight to be loved is NOT positive self-esteem. Here’s to the Recovery Warriors and their freEDdom.